An attack on US health department computer network was part of a ‘foreign disinformation campaign,’ officials allege. 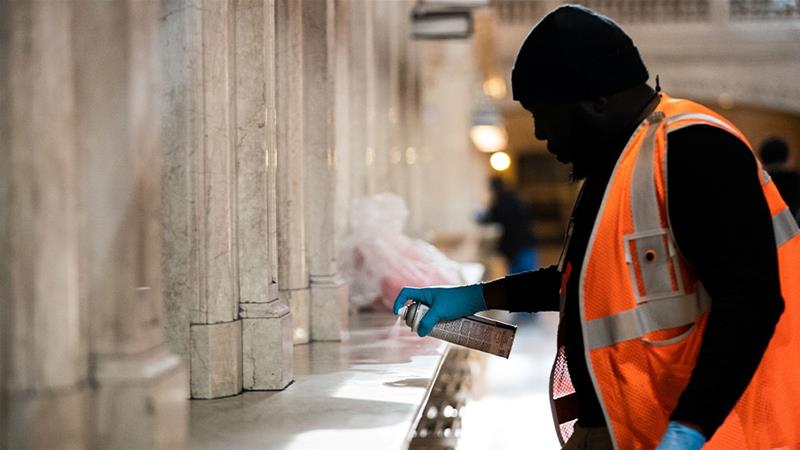 The Trump administration is alleging that a foreign disinformation campaign is under way aimed at spreading fear in the country amid the coronavirus pandemic, United States officials told The Associated Press news agency on Monday.

The United States Department of Health and Human Services suffered a cyberattack on Sunday night on the computer systems related to its coronavirus response, and administration officials believe it was part of a deliberate effort by a foreign entity to sow fear among US residents.

The administration officials did not name the foreign entity they believe responsble for the attack.

Anonymous sources told Bloomberg that the attack appeared to have been intended to slow the agency’s systems down, but did not do so in a meaningful way.

Sources told Bloomberg that a tweet sent out on the National Security Council account shortly after midnight on Sunday was meant to address the hack.

“Text message rumors of a national #quarantine are FAKE. There is no national lockdown. @CDCgov has and will continue to post the latest guidance on #COVID19,” the NSC tweeted.

Text message rumors of a national #quarantine are FAKE. There is no national lockdown. @CDCgov has and will continue to post the latest guidance on #COVID19. #coronavirus

“As federal state and local governments focus on handling the current public health crisis, national security officials are also tracking other threats – in particular those posed by terrorist or extremist groups and foreign adversaries who may seek to take advantage of all of the attention being focused on the coronavirus and conduct an attack,” John Cohen, a former acting under-secretary for intelligence and analysis in the Department of Homeland Security, told ABC News.

On Monday, the White House put in place new measures to protect President Donald Trump and his staff from the deadly virus, among them taking the temperature of anyone who enters the complex, including visitors and members of the press corps.

The steps to expand screenings at the White House began on Saturday and were aimed at anyone who may get close to Trump or Vice President Mike Pence, who is leading the administration’s response to the virus.