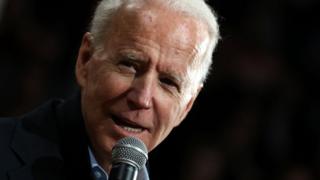 A woman who previously worked for former Vice-President Joe Biden has claimed the 2020 presidential candidate sexually assaulted her nearly 30 years ago in the halls of Congress.

Mr Biden has been accused of inappropriate touching by multiple women, but this was the first accusation of serious sexual assault to emerge against the Democratic politician.

Mr Biden’s camp has denied the allegation made by Tara Reade, who worked for him when he was a senator, but now acquaintances have corroborated Ms Reade’s account.

With accusations flying during a presidential election year – the first since the emergence of the #MeToo movement – let’s take a look at what exactly Mr Biden is accused of and how he has responded.

What is the accusation?

In recent interviews, she has said that in 1993 her former boss forced her against a wall and put his hands under her shirt and skirt after she delivered him his gym bag.

“There was no exchange, really, he just had me up against the wall,” she said to podcast host Katie Halper in March 2020.

“I remember it happened all at once… his hands were on me and underneath my clothes.” He then penetrated her with his fingers, she said.

“I remember him saying, first, as he was doing it ‘Do you want to go somewhere else?’ and then him saying to me, when I pulled away… he said ‘Come on man, I heard you liked me,'” she said.

“That phrase stayed with me.”

Ms Reade filed a criminal complaint on 9 April 2020 with police, saying she was a victim of sexual assault but did not name Mr Biden.

She said in a tweet that she filed the complaint “for safety reasons only”, as the statute of limitations for her claim have expired and she had begun to receive online threats.

What evidence has emerged?

Ms Reade was one of several women who have come forward to accuse Mr Biden of inappropriate touching, hugging or kissing, though none described his actions as sexual assault at the time.

Three people have now backed her account of being assaulted, although none say they were witnesses to it. Her brother, former neighbour and former colleague have said that they heard her describe the accusation against her boss shortly after the alleged incident.

Lynda LaCasse, who lived next door to Ms Reade after she left Washington in 1993, told Business Insider: “This happened, and I know it did because I remember talking about it.”

She recalled Ms Reade crying while describing her experience as they both shared stories of violence in their lives sometime in 1995 or 1996.

“I remember her saying, here was this person that she was working for and she idolised him,” Ms LaCasse said.

“I have to support her just because that’s what happened,” Ms LaCasse said she felt compelled to support Ms Reade because “we need to stand up and tell the truth.” However, she still plans to vote for Mr Biden in the November presidential election.

Lorraine Sanchez, a former legislative aide who worked with Ms Reade in the office of a California lawmaker from 1994 to 1996 told Business Insider that she also heard Ms Reade’s account shortly after she left Mr Biden’s office in Washington.

Ms Reade said “she had been sexually harassed by her former boss while she was in DC,” according to Ms Sanchez.

How has Biden responded?

Mr Biden’s campaign said in early April that the alleged incident “absolutely did not happen,”

Mr Biden, 78, “firmly believes that women have a right to be heard – and heard respectfully,” said his campaign spokeswoman.

“Such claims should also be diligently reviewed by an independent press. What is clear about this claim: It is untrue.”

The candidate has yet to comment himself on Ms Reade’s allegation. No senior aides to Mr Biden say they can recall overhearing a complaint from Ms Reade.

“I have absolutely no knowledge or memory of Ms Reade’s accounting of events, which would have left a searing impression on me as a woman professional, and as a manager,” Mr Biden’s executive assistant Marrianne Baker said.

There have been no other allegations of serious assault made against Mr Biden.

In an investigation into Ms Reade’s account by the New York Times, two friends and Ms Reade’s brother said she described the details of a traumatic sexual attack involving the former vice-president.

But the newspaper found no corroboration from any former staff members of Mr Biden and found “no pattern of sexual misconduct by Mr Biden”.

Will this hurt Biden’s presidential bid? Probably not

It’s possible that Tara Reade’s accusation of sexual assault against Joe Biden could derail his campaign, but it seems unlikely. Here’s why.

Americans already know about the “touchy feely-ness” of the former Vice President and they factored that in as they chose him to be their nominee. He put out a video saying he’d learned from #metoo that times have changed and that his history of rubbing women’s shoulders, kissing their heads, etc, was not appropriate. Evidently, that was seen as apology enough by most primary voters.

An accusation of sexual assault is of course more serious but the criteria for judging whether someone is a sexual abuser is looking at a consistent story from the accuser and a pattern of behaviour in the accused. Ms Reade is so far the only woman to accuse Biden of sexual assault. If no others emerge, Democrats may be inclined to believe their candidate over her.

Joe Biden is running against Donald Trump, who has been accused of sexual misconduct by some 25 women. That may not stop the President using it as an attack line (he’s hinted at it before,) but it does diminish the credibility of the attack.

In the midst of this pandemic, almost no other news is breaking through. In a normal cycle this story would be getting a lot more attention in newspaper headlines and on cable TV. Today it barely registers. That’s helpful for Biden.

The Democratic Party does hold itself to a higher standard on inclusivity of race and gender than the Republican Party does, so this accusation is uncomfortable. But this year, the standard that matters most to Democrats is getting Trump out of the White House. They believe Biden has the best shot at doing that. 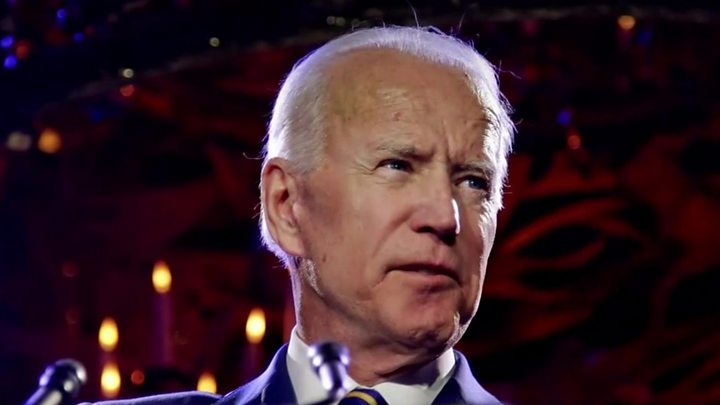 Ms Reade was one of over half a dozen women who have forward over the last year to accuse Mr Biden of inappropriate touching, hugging or kissing, though none described his actions as sexual assault at the time.

In response, Mr Biden pledged to be “more mindful” in his interactions.

Ms Reade was among those to speak out earlier, saying that he had touched her several times on her shoulder and neck.

In an interview with Nevada newspaper The Union in April 2019, she claimed that her career was sidelined after she refused to serve drinks at an event.

She said Biden had requested that she serve because he liked her legs. She told the paper that she did not feel like the alleged acts toward her were about sex but rather “power and control”. She compared her experience to a lamp.

In interviews with the Washington Post last year, she made no mention of the assault, and said she blamed Biden’s staff for “bullying” her more than Biden.

“This is what I want to emphasise: It’s not him. It’s the people around him who keep covering for him,” she said at the time.