When will hot weather end?

Brits have spent the last week or so basking in summery highs, catching some much-needed sun after a blustery May. While welcomed by most, the rapid change in conditions may have taken some people by surprise, leaving them hot and bothered. They and sun-seekers will be a little disappointed by the latest forecasts, which seem mixed at present.

When will the hot weather end?

Living in the UK means hot weather isn’t traditionally persistent, lasting only a week or so at a time.

And the latest weather patterns have fallen in line with this, as the Met Office released a brief weather warning for parts of the northeast and East Midlands yesterday evening.

Thunder, lightning and rain pelted the region until 6pm, breaking temperatures in the early 20C range. 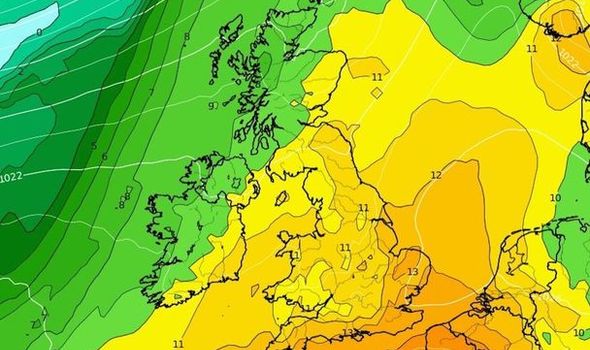 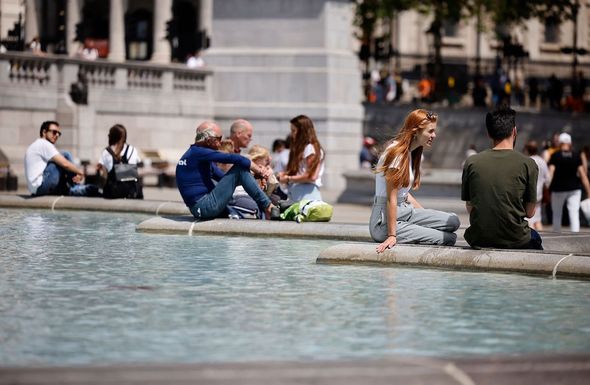 For the next few weeks, the sun will continue to shine on the country.

The Met Office’s long-range forecast states the weather will remain “dry and settled” at first.

Between Saturday, June 12 and Monday, June 21, however, temperatures will steadily drop.

And more storms will follow them towards the end of the period. 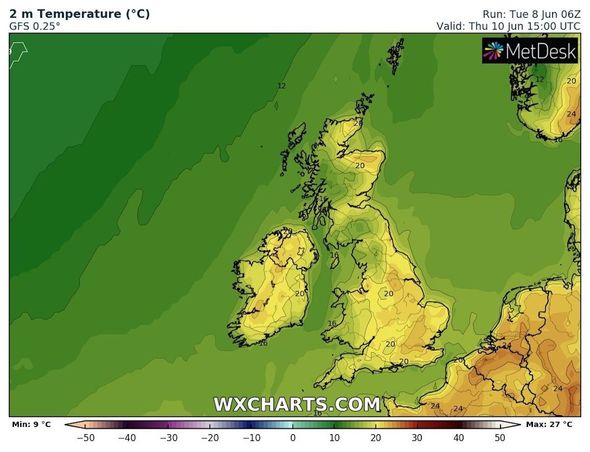 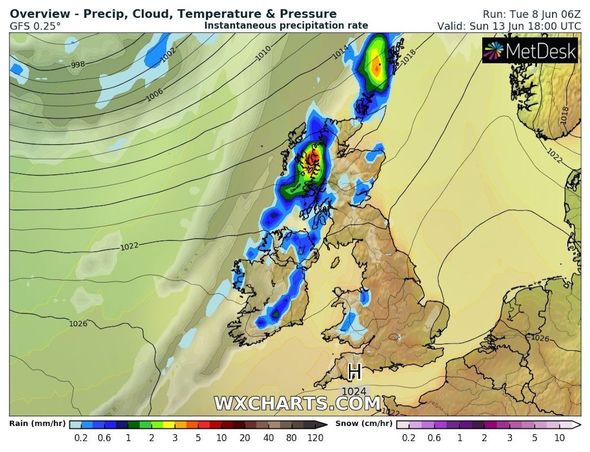 The forecast states high pressure will usher in “a lot of dry and settled weather across the country”.

It adds: “The exception is across the far northwest where occasional spells of cloud and rain accompanied by stronger winds are likely.

“As we head into the second half of next week, there are signs that less settled conditions could extend to other parts of the country with temperatures returning to nearer normal by the end of the week.” 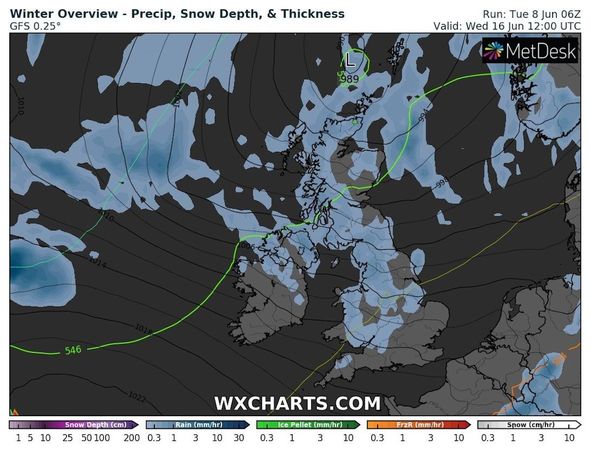 “This change is likely to be accompanied by a spell of rain, potentially thundery in places, and some stronger winds than of late.”

The Met Office has a second long-range forecast covering June 22 to July 6.

However, it isn’t as exhaustive or conclusive due to its later coverage.

Regardless, it predicts more of the same, as next month will commence in the same fashion as June.

The forecast states June will wrap with a “good deal of fine and dry weather”.

Temperatures will continue to remain “above average” for the season.

However, people living up north will experience “a few showers in places and perhaps some rain”.

And into early July, chances of rain will continue to increase alongside spreading showers.