WHO warns against coronavirus 'immunity passports'

UN health agency says there is ‘no evidence’ that recovered coronavirus patients are protected from reinfection. 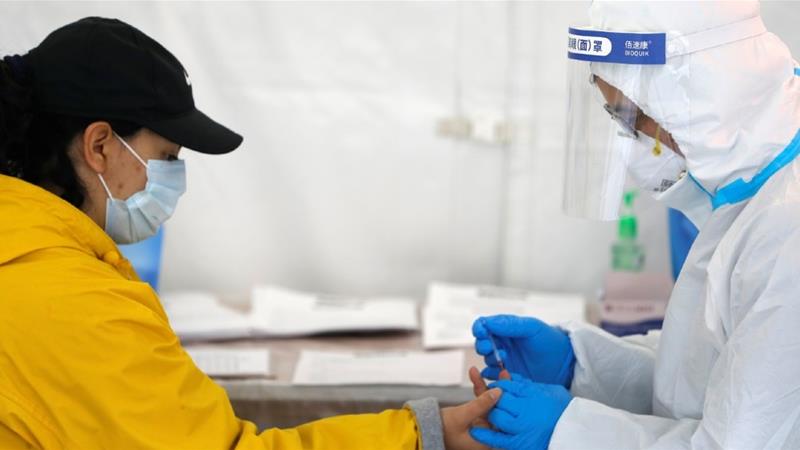 The United Nations’s health agency has warned there is no scientific evidence to prove that people who have recovered from the coronavirus develop immunity against potential infection in the future.

The World Health Organization (WHO) gave the warning on Saturday as a number of countries consider issuing so-called “immunity passports” to people who have recovered from COVID-19, the disease caused by the virus.

The WHO said such a move could actually increase the transmission of the novel coronavirus as people who have recovered may ignore advice about taking standard precautions against the virus, which has so far killed more than 199,000 people amid 2.8 million infections worldwide.

“Some governments have suggested that the detection of antibodies to the SARS-CoV-2, the virus that causes COVID-19, could serve as the basis for an ‘immunity passport’ or ‘risk-free certificate’ that would enable individuals to travel or to return to work assuming that they are protected against re-infection,” the WHO said.

“There is currently no evidence that people who have recovered from COVID-19 and have antibodies are protected from a second infection.”

A number of governments have proposed a gradual return to work, as restrictions imposed on movement to curb the spread of the virus have crippled economies around the world.

Last week, Chile announced plans to give “health passports” to patients who have recovered from COVID-19. Once checked for the presence of antibodies, they would be allowed to go back to work, officials said.

“We understand the intention of trying to see who can go safely back to work or who could be eventually risk-free of infecting other people,” WHO spokesman Tarik Jaserevic told Al Jazeera. “But unfortunately, from a scientific point of view, we simply don’t know if a person who has been infected by the coronavirus gets this immunity, and if a person gets this immunity, how long it’s lasting.”

The WHO also believes that the serological tests currently used to look for the presence of antibodies “need additional validation to determine their accuracy and reliability”.

In particular, tests need to be able to distinguish between the immune response to the novel coronavirus from the antibodies produced during an infection of the other six known human coronaviruses, four of which are widespread, causing mild colds.

“People infected with one or the other of these viruses are capable of producing antibodies which interact with antibodies produced in response to infection caused by SARS-CoV-2,” the WHO said.

Caryn Bern, professor of epidemiology and biostatistics at the University of California San Francisco School of Medicine, works with a team to investigate the effectiveness of antibody tests.

“Our data seems to suggest that some of the tests that are being used can give a pretty accurate picture of population level exposure and infection. What we don’t know yet is whether these kinds of antibodies, IGM and IGG, correlate with antibodies that would be protective against future infections which are generally called neutralizing antibodies. That is work that still needs to be done,” she told Al Jazeera.

“We are approaching this the way we would a new strain of influenza and of course that is the problem; no one has immunity to start with and we still don’t fully understand whether people become immune. There probably is immunity, but we don’t understand it yet, we don’t know how long it last.

“The antibody tests are a tool that we can use to assess population exposure rates. We already know that in places that are hotspots, like areas outside Boston, a very large percentage, 25 percent or 30 percent of people who were tested, were positive to these antibody tests. It’s less a tool for individuals than it is for populations,” she added.