Witness relives horror as girl, 7, killed in park while playing with mum and dad

Shocked witnesses have relived the horror as a seven-year-old girl was stabbed to death while playing in the park with her parents this afternoon.

A 30-year-old woman was arrested after brave member of the public overpowered and detained her as police locked down the 22-acre park.

The police have confirmed the woman "has some history of mental health issues".

The young family were enjoying the spring sun when their little girl became a victim of a random attack.

Emergency services were called to park on Sunday afternoon and an Air Ambulance helicopter also attended the scene – she later died from her injuries.

Several police cars could be seen parked outside and entrances to the park was cordoned off.

A Chief Constable described the incident as "horrendous" and "a family’s worst nightmare" and want to understand why this happened swiftly.

Rehan Razaq, who was in the vicinity, told Daily Star Online: "I was standing outside the park and I heard screaming.

"A young lady came running out of the park.

"I asked her what had happened. She told me that a mum and dad were walking with their little girl.

"They were approached by two woman, one of whom had a knife. She says the little girl was attacked in the neck.

"Within a few minutes there was an air ambulance and 80-90 officers all over the park."

Eye witnesses say they saw the victim being given CPR as two adults stood "covered in blood" nearby.

The girl was attacked by a woman who then ran off across the park before being caught by a member of the public and arrested.

Kelly Roscoe posted on Facebook: "Me and Lee have just taken Ava for some fresh air on Queen's Park and have just witnessed a little girl being given CPR with two adults stood covered in blood (presuming this was her parents)

"A couple of people said that two women had stabbed the little girl and ran off!!

Paula Whylie wrote: "I'm at the hospice which backs into Queen's Park saw the air ambulance and all the emergency services from my mums room.

"It's all taped off now, if what I'm reading is right we are living in a sad sad world Bolton."

Greater Manchester police confirmed they had arrested a woman in connection with the murder of the child.

In a statement they said: "A woman has been arrested following the murder of a little girl in Bolton.

"Earlier today (Sunday 22 March 2020) at 2:34pm, police were called to Queen’s Park in Bolton following reports that a child had been stabbed.

"Ambulance and police attended and found that a seven-year-old girl had been attacked by a woman with a knife. The child sustained extremely serious injuries and, despite the best efforts of her family and medical responders, she sadly died a short while later.

"A 30-year-old woman was detained by a member of the public immediately after the attack and was arrested by police at the scene, initially on suspicion of attempted murder and subsequently for murder.

"The woman is not known to the family of the little girl."

"The family were out in the park, enjoying the spring sun when in a totally unprovoked and random attack this little girl sustained horrendous injuries and sadly died a short while later.

“A 30-year-old woman who was not known to the family was detained by a member of the public and then arrested by the police.

"She is currently in custody for murder and it is expected she will be interviewed by detectives later.

“We have sent specialist family liaison officers to support the family. This is a family’s worst nightmare.

"The incident is horrendous and I cannot begin to imagine what the family of this little girl are going through.

“We are determined to quickly understand how this came to happen, leaving a young family so distraught and so devastated in an instant.” 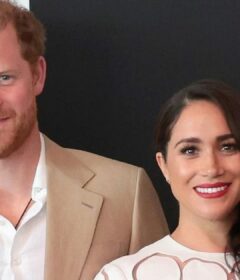