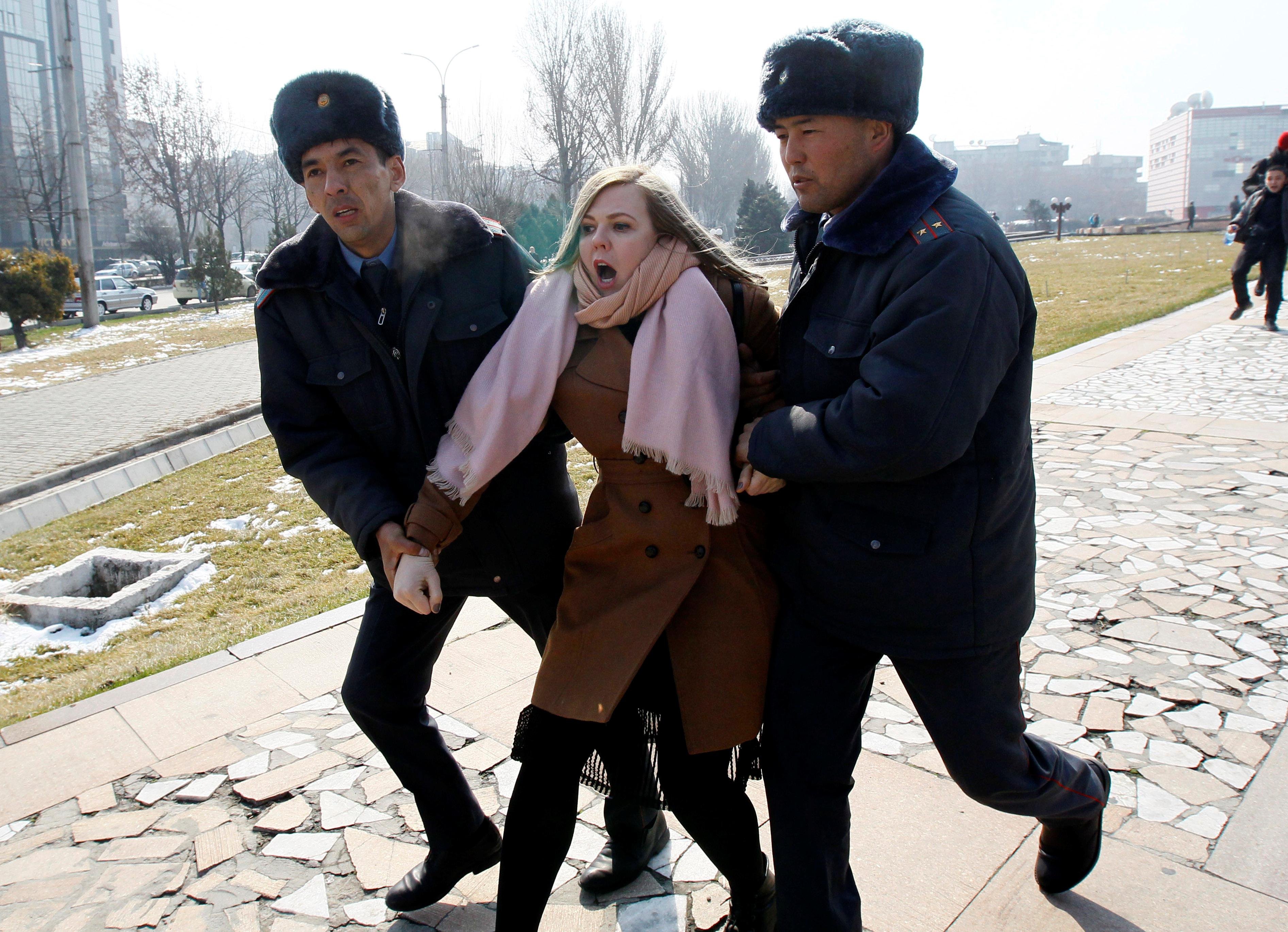 The activists gathered in one of the squares of capital Bishkek in the Central Asian country, to stage a march of solidarity against violence on International Women’s Day.

But masked men, some of whom wore traditional Kyrgyz white felt hats, attacked the protesters, grabbing and tearing apart their banners, in the presence of multiple journalists including a Reuters reporter.

The attackers left as soon as police arrived on the scene and proceeded to detain about 50 activists, mostly women.

It was unclear what charges they could face. The Bishkek police department could not be immediately reached for comment.

Citing multiple cases of forced marriage and domestic violence, activists say women’s rights are deteriorating in the former Soviet republic of 6 million amid a resurgence of right-wing ideology.

Last December, an art exhibition in Kyrgyzstan that featured a woman undressing in front of an audience was censored by the government, and the head of the gallery resigned after receiving death threats.