The period of geopolitical tension between the Soviet Union and the US saw the pair support a series of proxy wars and constantly jockey for supremacy in the Space Race and the Arms Race for almost half a century. Soviet fears were born out of World War 2 after US President Harry Truman kept a secret from Joseph Stalin about the true force of his nuclear weapons that were later dropped on the Japanese cities of Hiroshima and Nagasaki. As a result, the Kremlin scrambled to arm itself with a nuclear arsenal capable of matching the might of their newfound rivals and footage shown in schools reveals the US government feared they could soon use it, too.

‘Atomic Alert’ was a 1951 production by Encyclopædia Britannica Films in collaboration with the Division of Physical Sciences and the Institute of Nuclear Studies at the University of Chicago designed to explain to dangers of atomic bombs to children.

A segment from the footage says: “Radioactive materials have many peacetime uses, but we know too that they can be used harmfully as in atomic bombs.

“The chance of you being hurt by an atomic bomb is slight, but since there is a chance, you must know how to protect yourself and to do that you have to know what the bomb does.

“Besides the blast, there’s radioactivity and heat – can we protect ourselves from these? 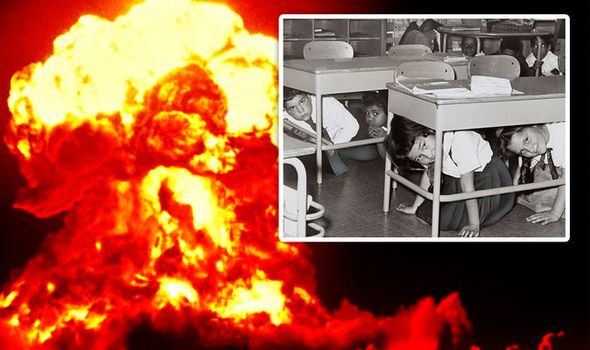 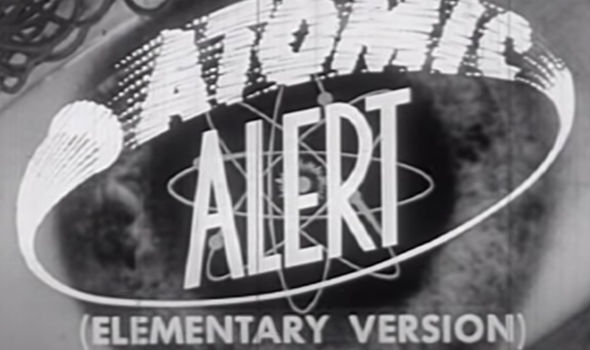 “Concrete walls help stop radioactivity and any walls stop the heat, but any solid gives some protection – the thicker the better.

“We have the national defences to intercept an enemy and we all form a team to help each other in emergencies – you are on that team and so is your family.”

It was presumed the responsibility for relaying this information would fall to school administrators, teachers, and superintendents across the nation.

The film then explains to these children where to go and what to do during an enemy attack, whether home alone, walking to school, or on the playground. 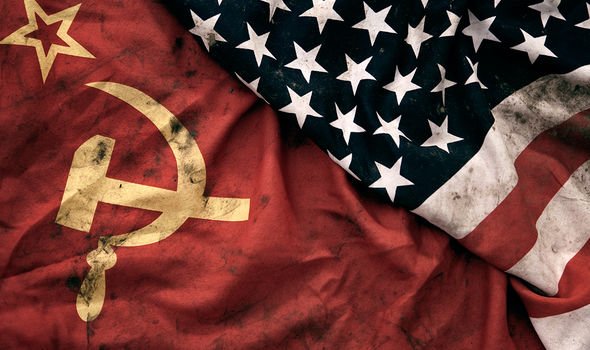 “We have a warning system and a system of defence, yes we have the equipment for an effective team, but like any team, it can win only when everyone knows their job and does it well.

“What is your job? If a warning siren sounds you should look for cover, the nearest cover, don’t try to make it home unless home is the nearest place to go.

“Don’t hesitate, just find cover. Everyone is in on this, so strangers will understand and finding shelter quickly may save your life.”

The film also goes on to teach the students how to barricade themselves inside to protect from nuclear fallout. 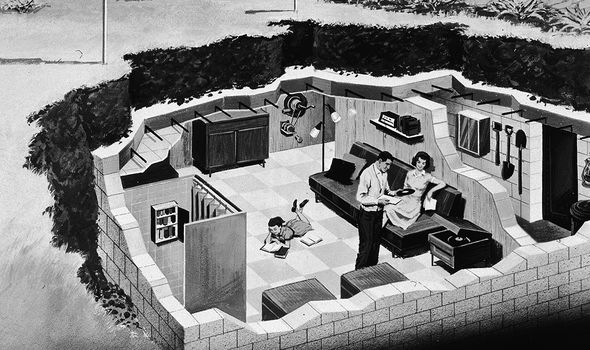 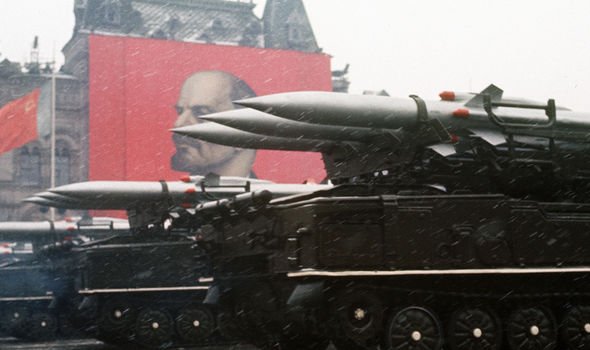 It continues: “If you can’t get into a house, get behind a wall or a steep embankment away from the city.

“Several defence teams will go into action immediately and in your home, you have work to do.

“Cover windows to protect against the possibility of broken glass, heat and radioactivity.

“If you live in an apartment house, you can’t all go to the basement, head for a sheltered area and if there is none, find cover away from windows in the hallway. 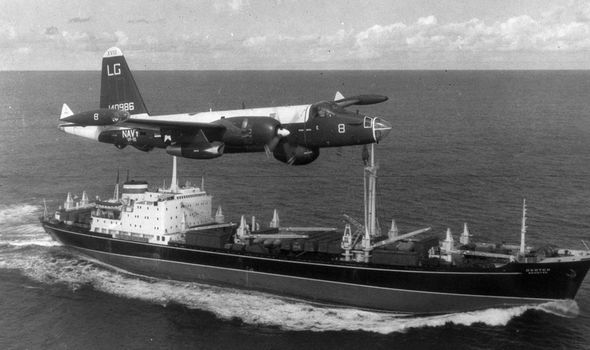 “Wait for the all-clear and be calm.”

Thankfully, a nuclear attack never came, despite several tense moments, including the Cuban Missile Crisis – which many historians dub as the closest the world ever came to complete annihilation.

In the end, disaster was averted, mostly thanks to Mutually Assured Destruction (MAD).

This is the belief that, while intense hostility and flashes of genuine conflict were seen, all-out war never sparked because both powers possessed similar weapons of mass destruction which would wipe them both off the map.